Megan Fox has always been known for her red carpet looks since she initially became a star. From very subtle to risqué, the bombshell makes everything she wears look good. When she steps out in public for an appearance, she typically turns heads and wow’s the crowd. The Transformer star has worn pieces by many famous designers and brands. If you are ready to see some of her most stunning fashion moments, check out these top 10 looks from Megan Fox.

Back when Megan was still relatively new to the acting scene, she made an appearance at the 2007 Hollywood Life Breakthrough of the Year Awards. She kept it cute and simple with a tight little black dress.

At the 2009 MTV Movie Awards, we saw Megan kick it up a notch in the style department with a dress by designer brand Dolce and Gabbana. The dress was edgy and stylish, with black and gold design patterns. She wore strappy heels with her hair slicked back.

When Teenage Mutant Ninja Turtles premiered in Tokyo in 2015, Megan was on the scene with a beautiful dress by Salvatore Ferragamo. The dress was a halter design with a deep magenta hue. It was particularly beautiful for its high gloss and shiny brilliance.

At Comic Con 2019, the “Jennifer’s Body” star  again wow’d us all with a gorgeous piece by David Koma. Her get-up consisted of a leather skirt and crop top pair. She added a pop of color with red nails and red lipstick.

While Megan loves a good dress, she has shown the versatility in her style also. She definitely made a statement at the 2019 press conference for “Battle of Jangari,” held in Seoul. She sported a stunning corset paired with high waist trousers. The piece was created by Olivier Theyskens.

Heads turned all the way around when Megan appeared on the red carpet with Machine Gun Kelly, at the 2020 American Music Awards. The two are said to be twin flames by online sources, and they definitely were on fire with their complementary ensembles. Megan wore a green cutout dress designed by Azzi & Osta. 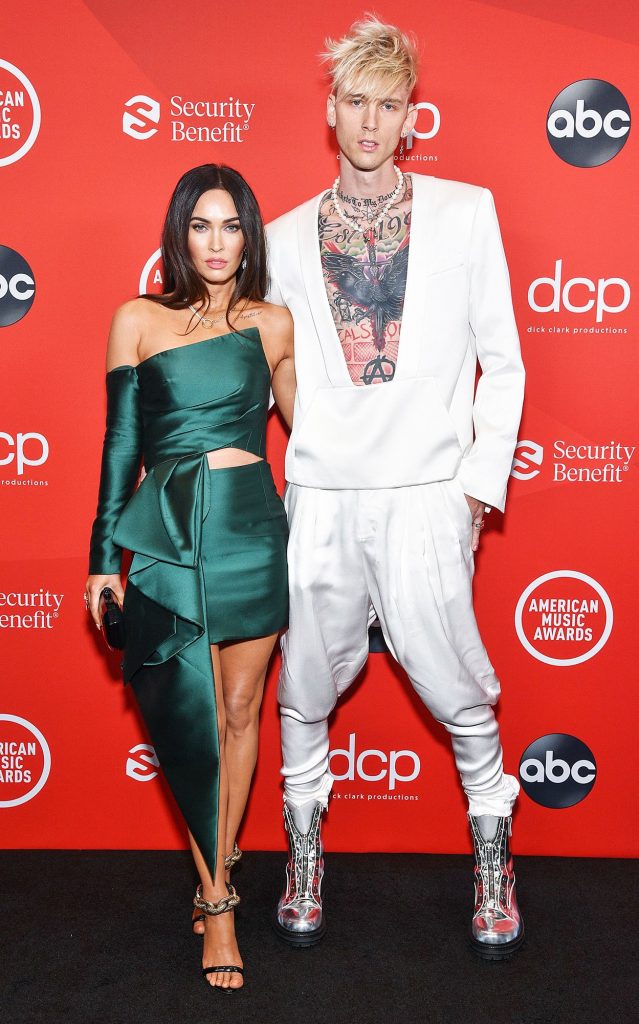 Another beautiful look for Megan was for yet another Teenage Mutant Ninja Turtles premiere held in Mexico City in 2015. For this look she wore a dress by Zuhair Murad. It was a frock that contoured perfectly to the star’s shape, and had a reptile print design, staying on them with the reptile movie premiere.

Whether she is wearing something edgy or regal, Megan always delivers on the red carpet. For the 2009 Golden Globes, she wore a gorgeous Ralph Lauren piece that was gold and embellished perfectly to show off her curves.

Megan kept it fun and flirty at the 2007 MTV VMAs. She sported a bubblegum pink dress by Herve Leger that was accessorized with flashy silver stilettos.

For the Transformers premiere in Los Angeles, Megan looked stunning in a Kaufman Franco dress. It was stark white with a black belt, and signature side slit.

At the 2019 #Fight4TheAmazon event in Hollywood, Megan sported a beautiful and racy gown by Blumarine. This dress was sure to be a showstopper.

12 Signs You Need A Mental Break

A Game of Thrones Wedding: Kit Harington and Rose Leslie tied the knot