10 Sneaky Tricks Guys Use That Make Girls Want Them

Attracting a mate involves performing a really complicated, intricate dance. In the case of certain birds, spiders and sea creatures, this is literally the case. Of course, for humans to attract each other it involves a little bit more than good dance moves. Biologically speaking, guys seek out women who have the physical traits to produce healthy offspring. From the perspective of the female, she is looking for a guy who can demonstrate genuine commitment. Sounds fairly straightforward, but like all things in life, nothing comes easy and that includes love. That said, here is a list of 10 methods guys use to get you ladies to fall for them…and some of them are so out-of-the-box you might not even realize it!
He Takes His Sweet Time Before The First Phone Call/Text
Imagine a super cute guy approaches you at the night club…err, I mean at the library. Yeah, the library! *cough, cough* Anyway, you have a brief but cordial conversation and he asks for the digits. A few days pass and you don’t hear from him, so you assume he’s moved on without even a single text. Super sad! Then at the moment when you’ve pretty much forgotten about him (around a week later), he calls or messages you. 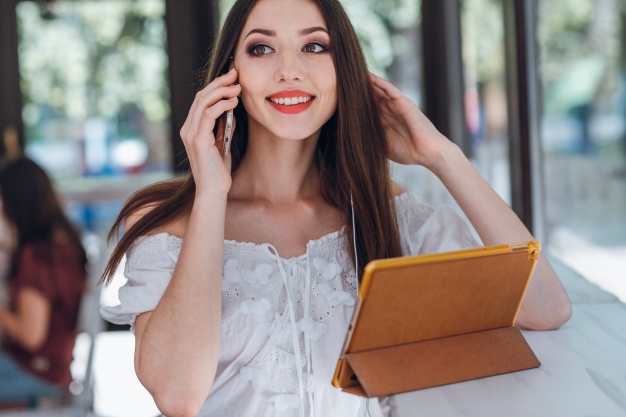 He Sort of Ghosts You

A guy who you don’t know very well takes the initiative and calls you. The conversations are fairly interesting if not mind-blowing. As somebody who is used to male attention, you take it all in stride. Sure, you find him cute enough. But there are plenty of attractive guys who like you. So this dude communicates a second time and the conversation is fun, but strangely he disappears entirely. How dare he! So then you call or send him a message with an invitation to get together.

What’s the deal? Although you have your pick of the litter, you aren’t the type who just throws yourself at guys. So you hint that you don’t necessarily need his attention. He knows how the game is played, so he stops giving you attention. But since you can’t stand the fact that he isn’t paying attention anymore, you cave in and send him a message. Sneaky indeed! 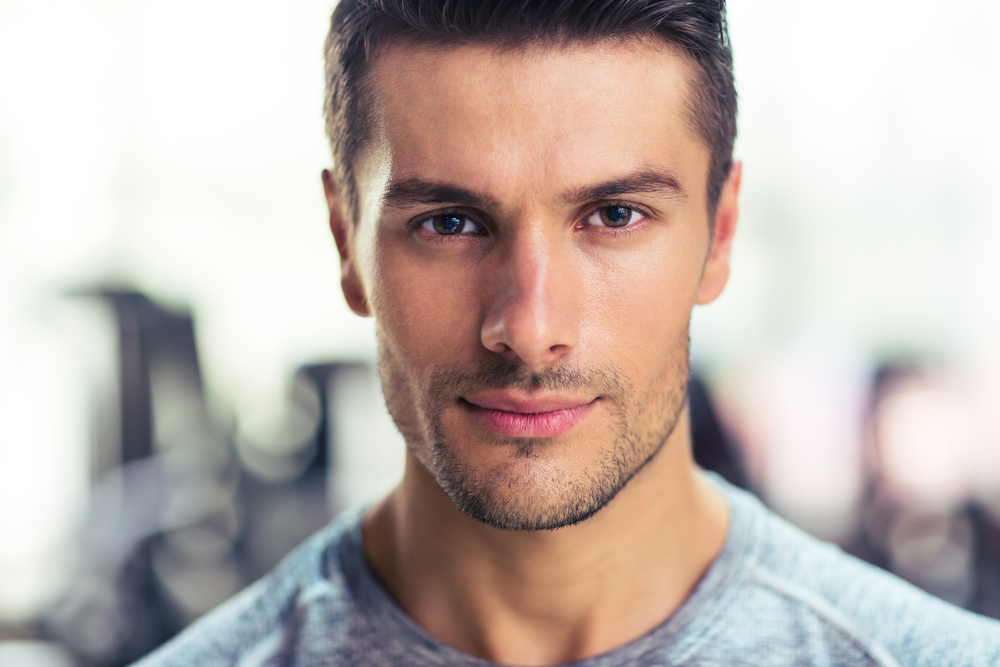 He Teases You Good-Naturedly

You go on a date, things are going well, and you confess that you like Justin Bieber’s music. He gentle ribs you for your silly music tastes and you two laugh and laugh and laugh… Somehow you feel more relaxed and open, which creates a connection.

What’s the deal? During first dates, a lot of guys hold back and feel like they can’t say anything that could potentially ruffle feathers, even if their intentions are good. Borrrrrring. A guy who demonstrates a sense of humor is an indication that he has a personality. Plus he’s got you laughing. Now that’s a winning strategy! 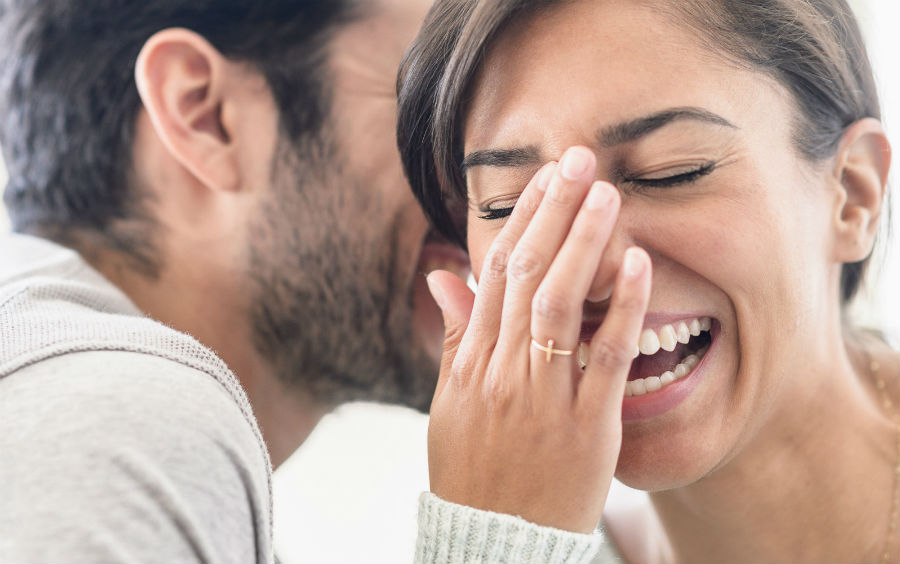 Picture this: the dapper gentleman you’ve agreed to go on a date with brings you flowers. And his garlic breath. Such a turn on! He’s totally your type now. Okay, maybe not. But perhaps yes? No.

What’s the deal? Just kidding about the whole “bad garlic breath” thing. We believe a guy worth his weight in salt should practice good hygiene. But here’s something that isn’t a joke: according to science, garlic can have a positive effect on a guy’s body odor. In a research study, a group of male subjects were asked to eat 12 grams of garlic and place cotton pads under their armpits for 12 hours (and abstain from wearing cologne or deodorant). Women were then asked to sniff the cotton pads and the result was that the scent of the men who had eaten the garlic was rated as more attractive and pleasant versus the control group that did not consume garlic. Weird but cool, eh? 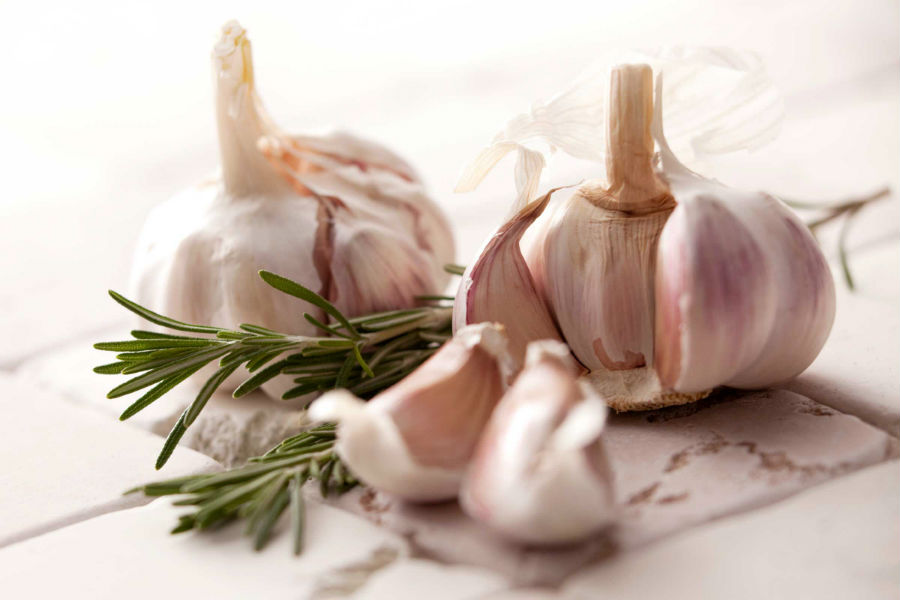 Ladies, the guy you’re meeting up with speaks to you in a soft voice, what are the odds that there will be a second date? Let us answer that question for you: next to zero. But if his voice projects, he might just find a way to melt your heart.

What’s the deal? This one is fairly obvious. A guy who speaks in a soft voice gives off a “I’m a wimp and I lack confidence” sort of vibe. What kind of chick would go for that? Aside from the weird ones who have a fetish for guys who are wimps and lack confidence, of course. But when a guy speaks in a voice that is approximately twice as loud as he would normally speak, it indicates that he is self-assured and outgoing. LADIES, YOU LIKE IT LIKE THAT! 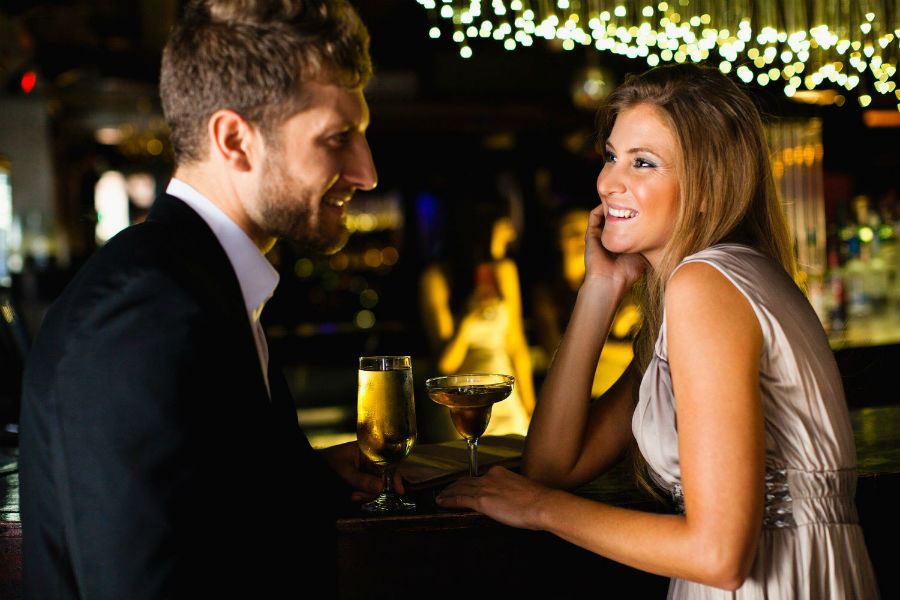 It goes without saying that a guy who uses eye contact is demonstrating confidence, but the additional element of not looking down is what really sets a lady’s heart aflutter.

What’s the deal? Guys who are looking to attract women know that staring down conveys a sense of shyness or that he is struggling to find the right words. Of course, this doesn’t mean that your date should give you a piercing, non-stop stare for two hours straight. Only Creepy McCreeperson does things like that and he probably has a dungeon in his basement. Instead, a man who wants you to want him ( and needs you to need him!) might pause by looking up thoughtfully or glance to the side. 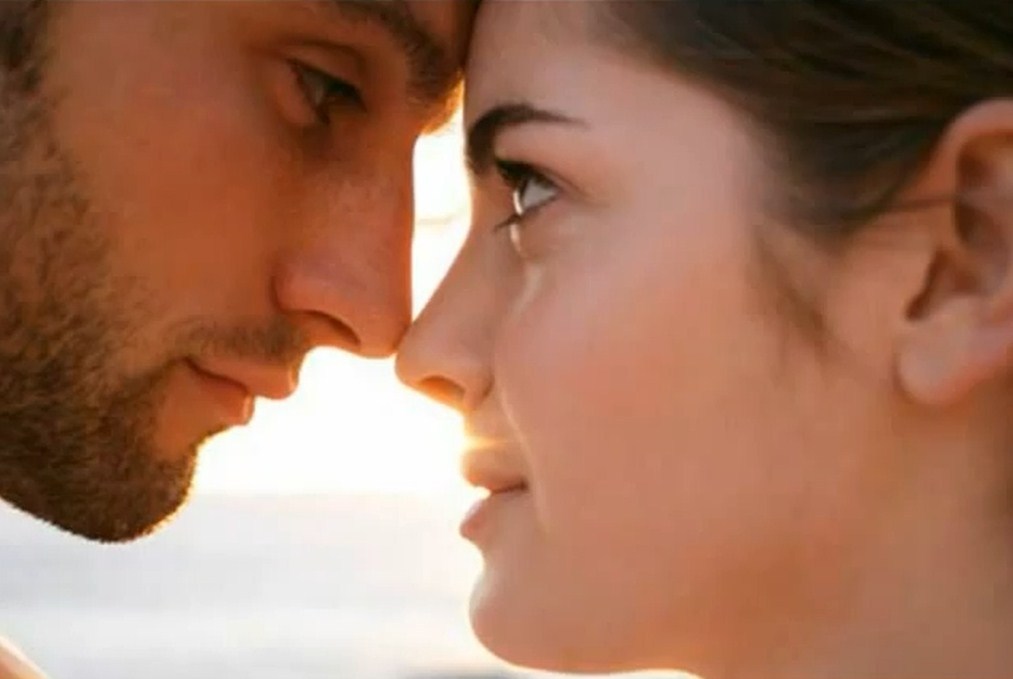 He Yucks it Up With Other Girls

You see a guy chatting with other girls at the bar, party or some other event. Interestingly, he isn’t doing it to create jealousies. There is a science behind it that makes him more attractive to you. Yep, we’re talking about science again.

What’s the deal? When lady see a guy confidently chatting with several attractive women, it creates the impression that he must be intelligent, funny, charming, or perhaps even a person of status. In other words, he could be quite the catch! 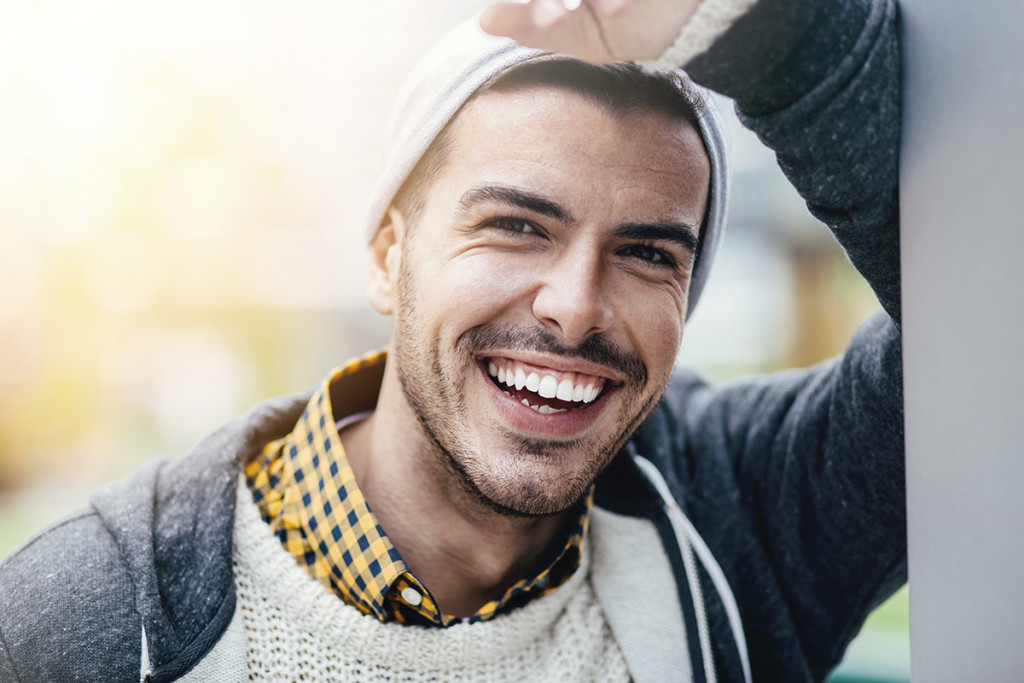 He Brings Up His Passions

Roses stop to smell him. When in Rome, they do as he does. He taught Chuck Norris all he knows. He is…the most interesting man in the world.

What’s the deal? Nothing floats a girl’s boat more than a guy who lives an interesting life. Unless the girl herself is boring. But that’s a discussion for another time. Whether he has taught himself Russian, knows how to Hang Ten, or plays a mean guitar, he captivates the interest of girls by subtly commenting on his interests. Bragging without bragging, basically. 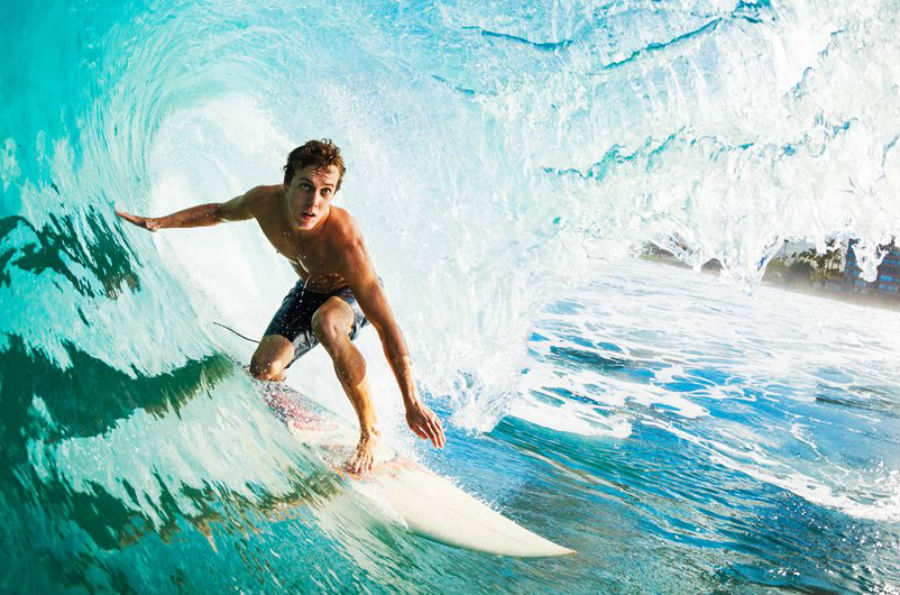 He Employs a Slow Saunter

Pop quiz, girls: when your date approaches, would you prefer that he rush towards you like a bull or play it cool using a confident, deliberate stride? We know the answer. But then again, we know all the answers in life, which is why you read our articles. We appreciate your loyalty!

What’s the deal? By slowing down a bit, slightly exaggerating his shoulder movement, making eye contact and smiling, the guy is basically saying, “I’ve got everything under control, baby!” You like a man who takes control, don’t you ladies! We know you do! 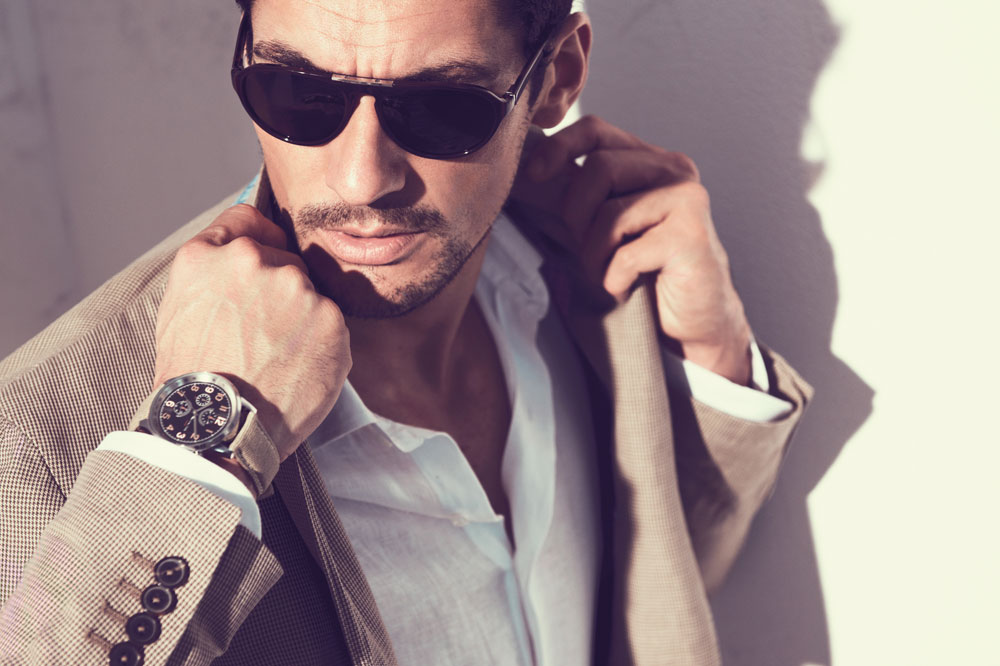 He Talks About His Volunteering

He plants trees, serves food at a homeless shelter, or otherwise shows his altruistic side. What a guy!

What’s the deal? If for some reason you are anti-science, you aren’t going to like what we have to say. But here we go: according to science, ladies just like you go gaga over guys who volunteer. A study found that when female subjects were given pictures of males with a brief description of their hobbies, they were more likely to be attracted to the guys who mentioned volunteer work. It works vise versa as well, but the effects are stronger for ladies rating the dudes. 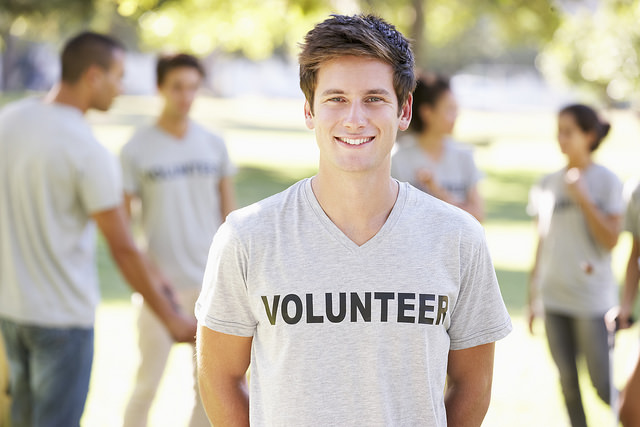 How to Activate Direct Deposit in QuickBooks